She built up a world of magic 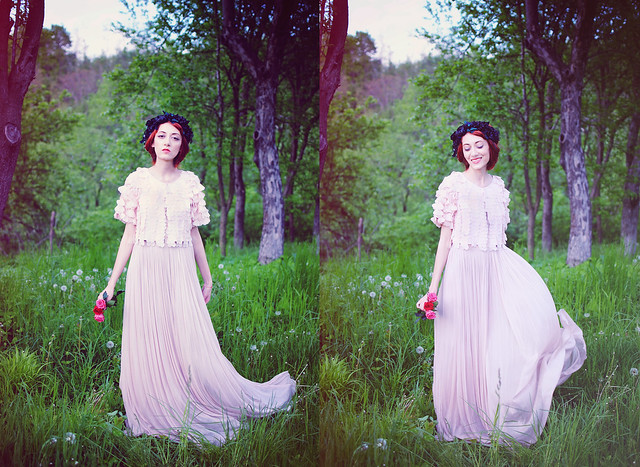 “ It was alive and glowing and vibrant and it was the undisputed pigment of the imagination, because wherever it appeared it was a sign that mere matter was a servant of the powers of the magical mind. It was enchantment itself.”

Terry Pratchett, The Color of Magic

If, until now I was rather resilient when faced with the burning question of choosing my favourite colour, the search came to an end when I discovered the “existence” of octarine, the colour of magic. The word refers to the “eighth color,” in a spectrum of black, blue, green, yellow, purple, orange, and red. Octarine has been likened to a fluorescent greenish-yellow purple, a combination impossible to perceive with normal human eyes. Legend has it that only wizards and felines can see it. That’s because an ordinary eye, equipped with rods and cones, would see greenish-yellow purple as gray, black, or nothing at all, while a wizard’s eye is said to be equipped with octagons. Some people claim to catch glimpses of octarine in peacock feathers, lightning bolts, rainbows, lens flares, soap bubbles, bonfires, and gemstones. 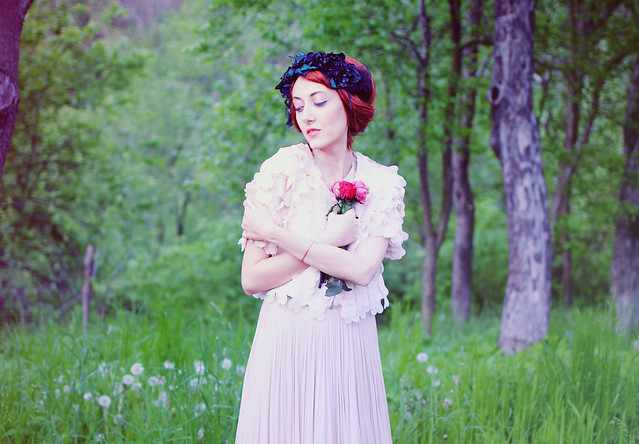 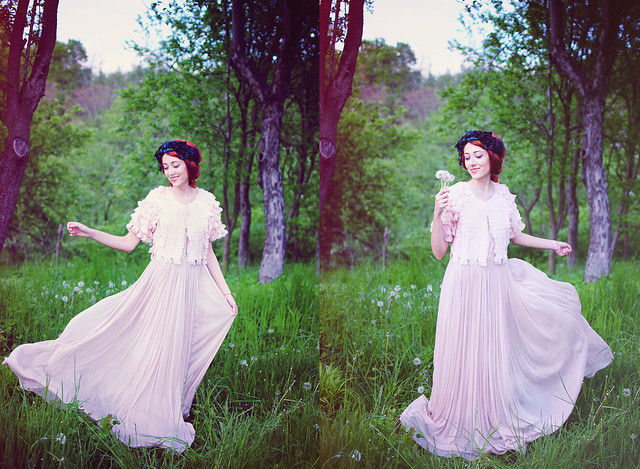 The Season of the Rose

It's the time that you spent on your rose that makes your rose so important… People have forgotten this truth, but you mustn't forget it. You become responsible forever for...

Thinking of vintage-inspired outfits for this summer? Look no further! I created 3 romantic, feminine looks that I hope will inspire you. My parents' yard provided the perfect backdrop and...

She forced herself to stroll casually and appraise her plants. The wisteria was shedding its final leaves, the jasmine had long lost its flowers, but the pink roses were still...